Tobacco. Water. Native tradition.
And absolutely nothing else.

Tobacco has been a Mohawk tradition for hundreds of years. Tobacco has been used by the Mohawks as medicine, as currency, and in ceremonial rituals. Native American tribes throughout North America would incinerate or smoke the tobacco leaves during religious and other ceremonies. They believed they were sending signals and prayers to the spiritual world. Tobacco was imperative for Native Americans, and was the first cash crop grown by the settlers of the first American colony in Jamestown, Virginia.

Sign up to receive Signal Tobacco news and promotions. 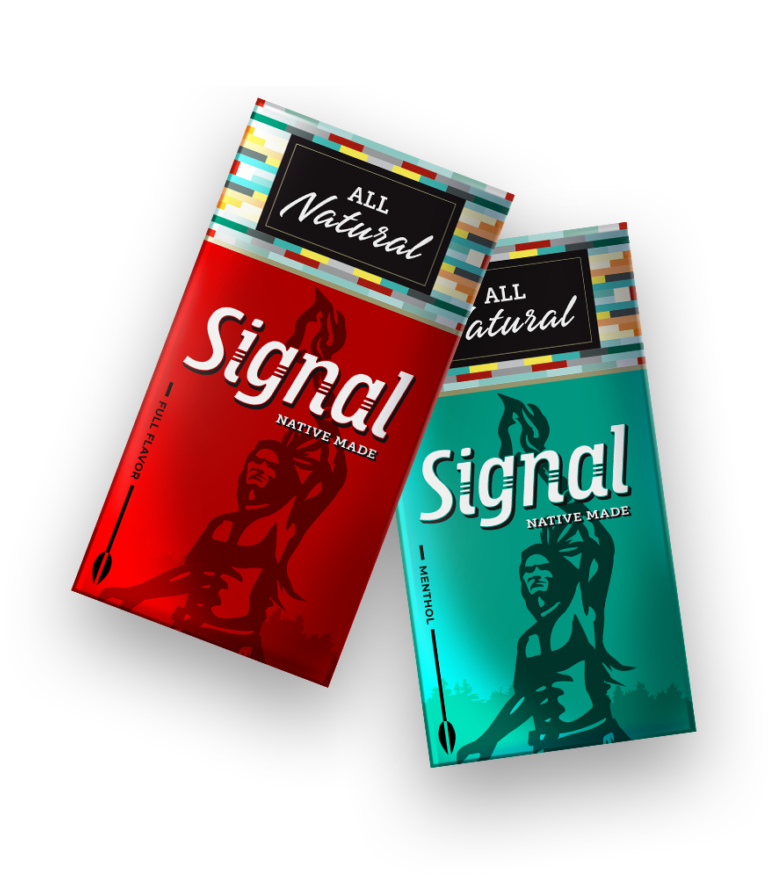 Every Signal product is backed by a 100% satisfaction guarantee.

When you purchase our premium Signal tobacco products, you can be confident that your purchase is backed by our 100% Guarantee. If the product does not meet your satisfaction, please contact one of our customer service representatives via phone or email. We will discuss your concerns and formulate a process for reimbursement. We believe in fostering a positive relationship with our customers and take your satisfaction very serious.